Apulia is the easternmost region of Italy, with about 800 kilometers of coastline between rocky areas, cliffs and sandy beaches. All along the “heel of Italy”, from Gargano to Salento, via the Valle d’Itria, you can enjoy unspoilt nature, crystal clear sea, coast embellished by the Mediterranean vegetation natural parks.

A crossroads of peoples and cultures, our region is the perfect synthesis of all artistic and cultural experiences of the people who have crossed and inhabited. A wealth that is also found in his gastronomic heritage that is fully part in the popular Mediterranean diet, promoted in 2007 “Intangible Heritage of Humanity” by UNESCO.

UNESCO received important awards over the years also some of the most beautiful and characteristic city of Puglia, such as Alberobello with its trulli and Monte Sant’Angelo, with the sanctuary dedicated to the Archangel Michael, a pilgrimage for over fifteen centuries.

Among the most popular tourist destinations of 2014, according to National Geographic, Lonely Planet and the New York Post, Apulia is also famous for a special type of tourism, the religious.

We suggest a visit to San Giovanni Rotondo every year, in fact, home to a great number of faithful attracted to the holiness of the place and the figure of Padre Pio. 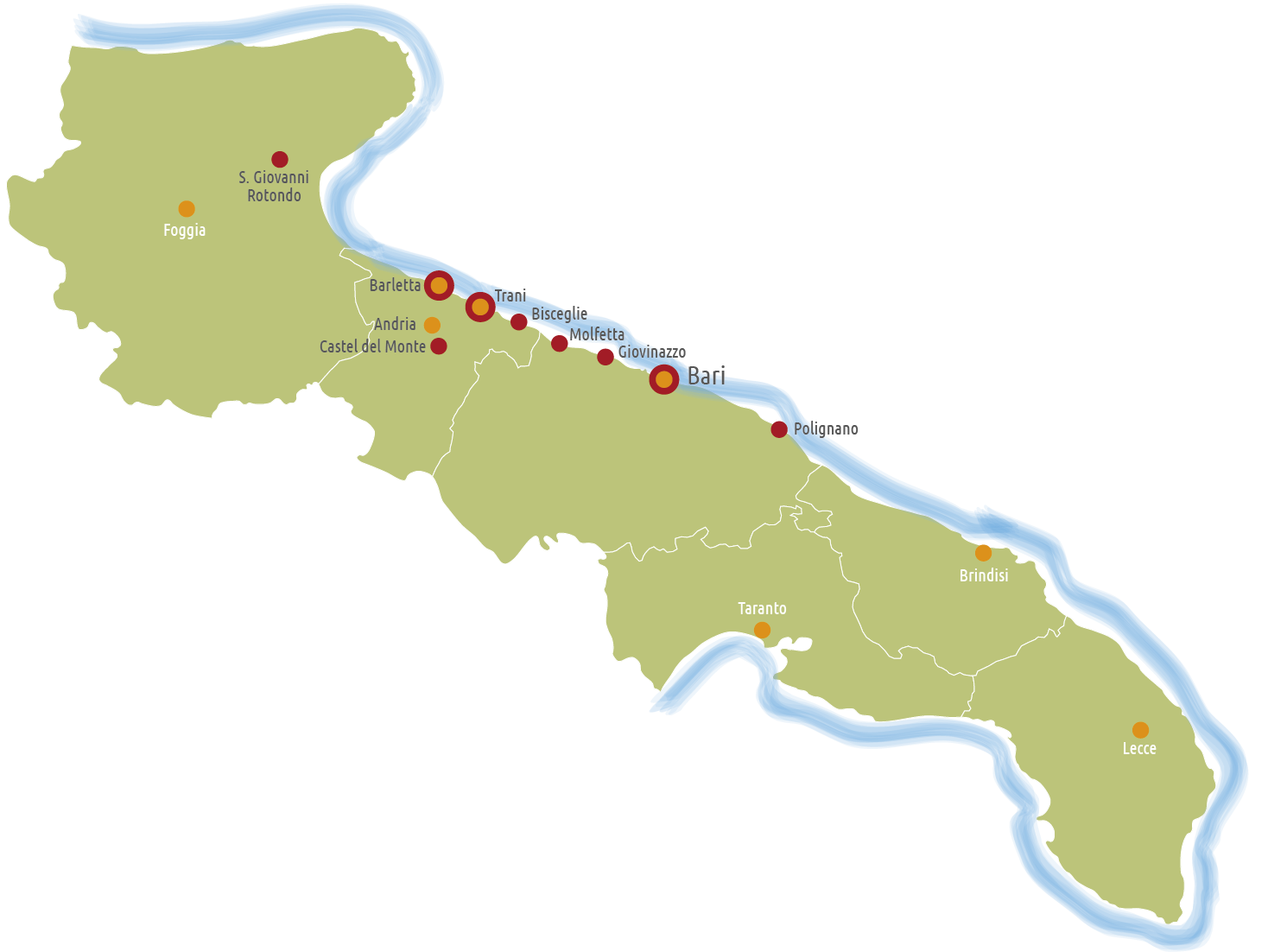